The Life of the Holy Protopresbyter, Elder John Kalaides († 2009) 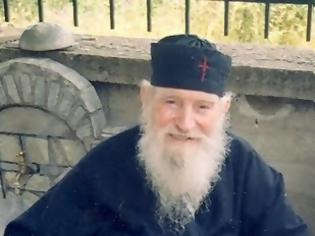 Childhood and Youthful YearsFather John Kalaides was born in Kamaroto, Serres, to pious parents Chrysostomos and Theodora on May 8, 1925, the feast day of St. John the Theologian. He thus took the name of the evangelist and beloved disciple of our Lord, John - an act that reveals the fear of God but also the love that his parents had for the Church and her Saints.

An important role in triggering his good spiritual path was the person of his mother, who was a woman with faith and love for God and His Church. Theodora wanted her children to have God in them and so she guided them in prayer and regular church attendance. This God-fearing woman was originally from Asia Minor, from Mount Olympus in Bithynia. On this mountain in the Byzantine years was born and flourished an entire monastic state similar to the spiritual height of Thebes in Egypt and the monastic state of Mount Athos, which gave the Church many saints, ascetics and martyrs. In the heyday of Iconoclasm, monasteries there were a beacon and stronghold of orthodoxy and orthopraxy. This spirituality influenced the people of the area and reached the time of his mother Theodora. Thus, when during the catastrophe in Asia Minor and they experienced the uprooting from their homeland and lost their material wealth, they managed to keep within themselves the spiritual property they knew.