Qatar helped locate Palestinian leaders to be killed by Israel 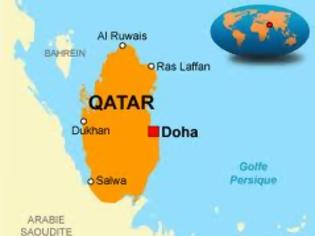 The emir of Qatar gifted a number of watches and ballpoint pens to Hamas leaders, which transmitted low-frequency signals to Israeli satellites, the sources, who asked to remain unnamed due to the sensitivity of the information, told FNA, adding that the Israeli military officials would then use the received signals to spot and assassinate senior Hamas officials.

Sheikh Hamad arrived in Gaza on October 23 to become the first head of state to visit the besieged enclave since the Palestinian resistance movement, Hamas, took power in the territory five years ago.

Qatar’s emir has repeatedly met with Israeli leaders, and is working hard to boost the diplomatic clout of his small Persian Gulf country.

The Israeli military frequently carries out airstrikes and other attacks on Gaza Strip.

The new wave of Israeli aggression on the Gaza Strip has claimed more than 41 lives since November 14. Ahmed al-Ja’abari, the popular and influential head of the Hamas military wing, the Ezzedeen al-Qassam Brigades, was assassinated in an Israeli attack on his car on Wednesday.

On Friday, Ahmed Abu Jalal, a field commander of the Ezzedeen al-Qassam Brigades, was also killed in an Israeli airstrike on the central Gaza district of Maghazi.
πηγή
InfoGnomon
ΜΟΙΡΑΣΤΕΙΤΕ
Tweet
ΔΕΙΤΕ ΑΚΟΜΑ

Tragedy in Kalamata: A cameraman was killed by an improvised firework