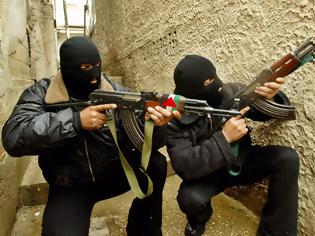 This week saw a sharp escalation in the emerging confrontation between the Syrian Sunni rebels and the Lebanese Hezbollah organization. This conflict is the result of Hezbollah’s increasingly visible engagement in Syria on behalf of the Assad regime.

Syrian rebels for the first time this week fired rockets into the Hezbollah controlled Hermel region, adjoining the Syrian border. Two Lebanese citizens were killed and a number of others wounded, as rockets landed in the villages of al-Qasr and Hawsh al- Sayyed Ali. The rebels took responsibility for the attacks, saying they were targeting Hezbollah-controlled sites in the two villages.

The firing on the villages was clearly an attempt by the rebels to send a message to Hezbollah and Lebanon. Namely, that if Hezbollah continues to involve itself in the civil war in Syria, the traffic will not all be one way.

The Sunni rebels now apparently feel strong enough to take the fight back across the border, hitting at Hezbollah’s heartland. The rocket fire was accompanied by a statement by the Syrian National Coalition. The Western, Turkish and Gulf-supported coalition regards itself as the political leadership of the rebel side in the war; the Arab League and a number of Western states recognize it as the legitimate leadership of Syria. The statement included a confirmation of rebel responsibility for the rocket attack and noted that the attack came in response to weeks of Hezbollah assaults on villages across the border. The statement included a demand that the Lebanese government “exert control over its borders and put an immediate stop to Hezbollah’s military operations on Syrian territory.”

The Lebanese government, for its part, has issued a complaint to the Arab League, protesting against what it referred to as “border violations.”

Hezbollah claims that it has no sizeable commitment of fighters in Syria.

Rather, the movement admits to training forces belonging to an initiative known as the Popular Committees.

These local Syrian Shi’ite fighters, the movement claims, requested help to defend themselves against Sunni rebel attempts at ethnic cleansing.

So what is really going on? A glance at the map of Syria offers the answer.

Hezbollah claims to be offering support to the 15,000 Shi’ite residents of villages adjoining Hermel, but on the Syrian side of the border. These villages lie close to the city of Homs, still mainly controlled by the regime. The border is poorly demarcated, and barely controlled by border authorities.

But the movement’s real interest in this area goes beyond concern for the residents. It is a vital strategic location.

If the rebels were to gain control of it, this would drive a wedge between the capital city of Damascus and the Alawite majority area on the western coast.

The Shi’ite-populated area adjoins the Homs-Damascus highway. The western coastal area, which contains the ports of Tartous and Latakia, would be the probable destination for the Alawite “hard core” around dictator Bashar Assad if the capital city were lost. It is where the families of many of the Alawite officials in Damascus reside.

But for it to be reachable from Damascus, the regime needs to keep control of the highway. So Hezbollah, its claims to be protecting a Shi’ite community notwithstanding, is also performing a vital task for its allies.

There is also self interest involved.

Were an Alawite enclave on the coast to come into being, it would act as a vital conduit for the continued supply of arms to Hezbollah from Iran. Control of Tartous and Latakia, and of a contiguous ground link to Lebanon, would enable the transfer of Iranian weapons to Hezbollah, even if Assad were to lose Damascus. An Alawite enclave that lost this area would still border Lebanon to its south – but the border area further north is populated mainly by Sunni and Christian Lebanese. So Hezbollah is also defending its own supply lines with its incursion into Syria.

The confrontation in Qusayr, meanwhile, is only one part of what looks like an increasing deployment of both Hezbollah and other pro-Iranian Shi’ite Islamist fighters into Syria. Prorebel sources attribute this to the regime’s depleting number of homegrown fighters on whom it can rely.

They maintain that recent attempts by Assad to recruit reservists have produced only meager results. The Saudi Al-Arabiya channel noted a claim that 1,200 Hezbollah fighters arrived to Syria this week by a sea route, landing in Tartous. The report said that thideployment was part of a much larger process, in which fighters from Iraq and from as far away as Pakistan were also arriving to aid the dictator.

Clear evidence has emerged that Hezbollah fighters have fought and died in Damascus.

Officially, they were there to defend the Shi’ite shrine of Sayyida Zeinab in the city. But more practically, the Lebanese Shi’ite fighters are part of a general concentration by the regime of its most able forces to defend the capital. This has included the redeployment of top army units to Damascus, and the increased presence of the Iranian Revolutionary Guards Corps. The rebels claim that all this constitutes a last-ditch defense by Assad, who can no longer rely on sufficient numbers of Syrians to fight for him.

But at least as of now, Assad continues to hold up quite well. The despot and his regional allies are in effect creating an insurgent-type army to fight against the insurgency. Crewed by fighters loyal to Iran and Assad on sectarian and ideological grounds, this force can be relied on to fight to the end. Its emergence is testimony to Iran’s unyielding determination to hold its position and assets in Syria.

A general mobilization of Iranian regional allies on behalf of Assad appears to be taking place. As a part of it, Hezbollah is heading further and deeper eastwards, even at the risk of provoking a response on the part of the increasingly powerful Sunni armed presence in Syria.

It is a gamble. Then again, as a proxy of Iran, Hezbollah probably has little choice but to obey the mobilizing call of Tehran