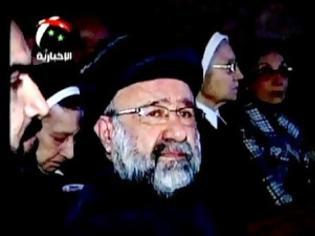 The prayers of Foreign Mujahedeen in Syria are moments away from being answered. The United States is days away from becoming the de factor air force of Al-Qaeda, in their struggle to overthrow Syrian Dictator Bashar al-Assad. The eve of a second Greek, Armenian, and Assyrian Genocide is upon us.

Syria is home to a large Arabized ethnic Greek population, as well as a small community of Greek expatriates. Already in Rebel-held areas, ethnic Greeks, Armenians, and Assyrians live in fear of Sharia Law and forced conversion to Islam. What may have started as a secular motivated uprising for Democracy in Syria has now clearly transformed into a full-blown Islamist Revolution. In which, all ethno-religious minorities are being targeted for extermination.

In recent months alone, the world has witnessed a Massacre at Al-Duwayr outside of Homs, in which Jihadists slaughtered women and children, forcing roughly 100 ethnic Greek families to flee in terror. There has also been a mass exodus of Assyrians from Deir al-Zour and Hasakah, and the infamous Khan al-Assal Massacre, in which Jihadists used Chemical Weapons and executed numerous unarmed civilians and soldiers.

These outrageous attacks on our ethnic brethren combined with the continued support for the perpetrators of these crimes have led to the launch of “Operation Antioch” in hopes of preventing another Greek Genocide. Will Greek America sit back and allow our brethren to be used as sacrificial lambs for yet another ill-advised U.S. foreign policy?

We urge all Greek Americans to call their local Senators and Congressmen today and demand their support S. 1201, Protecting Americans from the Proliferation of Weapons to Terrorist Act of 2013, a bipartisan which hopes to stop funding directly and indirectly military operations in Syria.

The Launch of “Operation Antioch” can be seen in the following Video.

For more information on what is happening to the ethnic Greeks of Syria and what you can do, please visit our blog operationantioch.blogspot.com