Germany to Euro Zone: Do as We Say, Not as We Do 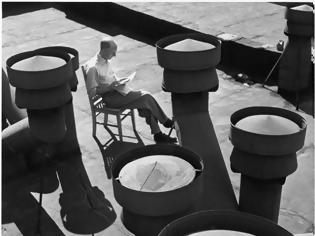 Germany's solution to the euro-zone crisis is for other countries to become more like Germany. Or at least more like the way Germany sees itself. For some economists, it's not so much that the advice is wrong, it's that the timing is bad.

The prescription is well-known: Governments should curb their budget deficits and be as fiscally responsible as Germany. Weaker economies must be restructured and labor markets overhauled so as to replicate Germany's economic makeover of a decade ago, which kept wages in check and remade the country into the export powerhouse it is today. Monetary policy across the euro zone, meanwhile, needs to be focused, as Germany's has long been, on keeping inflation in check.

Germany's economic weaknesses are not emphasized. It was Germany (along with France) that rode a coach and horses through the agreement designed to limit budget deficits in the euro zone, and its government debt is still higher as a proportion of economic output than is Spain's. Large swaths of its banking sector are weak; important parts of its services industries are unreconstructed and its retail sector is of another age.

The official German discourse was repeated again this week in Brussels. At a conference on Wednesday, Foreign Minister Guido Westerwelle told his audience that Germany's restructuring has been tough, but Germany did it and it worked. Now the euro zone's weaklings must do the same.

In fact, some economists view the German reform narrative as a myth. Daniel Gros of the Centre for European Policy Studies in Brussels says the contribution of labor reform to low German wage inflation over the past 15 years was very small. Wage restraint was instead a function of weak demand after the collapse of the reunification-fueled construction boom in the mid-1990s. "The relationship between unemployment and wages has been extremely stable over the last 30 years," he says.

Even if one accepts the story, economists also point out that Germany undertook its labor-market reforms when the winds of the world economy were extremely favorable. The global economy was growing, and China and other emerging economies were sucking in machine tools and other capital goods in which German manufacturers excelled.

Germany's export boom was further accelerated by the extraordinary monetary stimulus that the introduction of the euro delivered to the periphery of the euro zone, says Simon Wren-Lewis, economics professor at Oxford University.

While German interest rates remained little changed, rates in Greece, Spain, Portugal, Ireland and Italy tumbled, fueling consumption and swelling their imports of German cars and other products. This would have been the time, he says, for these countries to offset easy money with strict fiscal policies. They didn't.

Now, budget stringency is being accompanied by labor-market reforms across Southern Europe. Few argue that a makeover of labor markets isn't warranted. A flexible jobs market is also needed to ease the way for so-called internal devaluations—the political painful route to cutting labor costs that in countries with their own exchange rate is usually achieved through currency devaluations.

Unfortunately, the changes are being implemented not in the fair weather that Germany enjoyed but in the midst of an economic tempest. At best, these adjustments yield benefits only after several years, but they are being enacted as budget cutbacks bite and economies shrink across the currency bloc. The prescription may be right, but the timing could hardly have been worse.

Germany has bequeathed another legacy to the euro zone that some economists believe is increasing the obstacles to resolution: its monetary rectitude and its devotion to price stability, handed down from the German Bundesbank to the European Central Bank.

"The chief concern of Germany and the Bundesbank has always been price stability," says Charles Goodhart, a former central banker who is now professor emeritus at the London School of Economics. By contrast, the U.S. Federal Reserve has been guided more by the severe criticism it suffered "for failing to avert the Great Depression."

The Bundesbank's precepts may have worked well in the special conditions of Germany's post-war economic recovery, says Mr. Gros. But they aren't appropriate now, he argues. "The ECB was created with the mission to avoid the inflation of the 1970s and 1980s, when there was global inflation. Now we have global deflationary pressure, we need a different point of view," he says.

The ECB is adjusting its approach, recognizing that price stability isn't in question and that the stability of the financial system is at risk. But it has been happening only slowly.

There is a further aspect of the German response that some economists find difficult to accept: the implicit requirement for Germany to do nothing. They say it's arithmetically impossible for every economy in the world to build growth on the German model of export success; and if every country in the euro zone is to do it, they need to find others willing to run big deficits in the rest of the world.

Are things beginning to change? German Finance Minister Wolfgang Schäuble has accepted that German wages might rise more, and the Bundesbank said this week that Germany might be able to accept slightly higher inflation than its euro-zone partners. But, so far it's small, says Mr. Gros. "They are just admitting the obvious."
youpayyourcrisis
ΜΟΙΡΑΣΤΕΙΤΕ
Tweet
ΔΕΙΤΕ ΑΚΟΜΑ