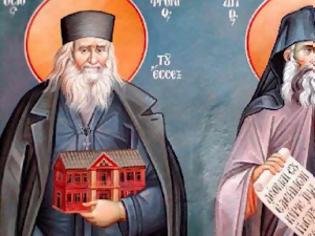 As Maxime Egger writes in his introductory note to the Greek translation, in 1990 he remained for a long time in the Holy Monastery of the Honorable Forerunner in Essex, England, where he attended some oral homilies of Saint Sophrony to the brotherhood, and he also had heard about 40 previous homilies that were recorded and he collected some excerpts from them and published them, in the manner of the chapters of various saints recorded in the "Philokalia of the Sacred Neptics". These homilies were later published in their entirety in three volumes titled "Hearken, my Beloved Brethren".

These excerpts of these homilies were set by Maxime Egger as "a whole with continuity and consistency", which was given to Saint Sophrony who "recognized in them his own self" and gave it to him to be published. The same collector gave the title "On Spirit and Life" from the words of Christ "the words that I speak unto you, they are spirit and they are life" (John 6:63). Indeed, in these "spiritual chapters" one can see the "Spirit" and the "Life" spring forth, it is an expression of a great struggle, of about ninety years, and they offer a sense of eternal life in the Spirit.