The Choice That Wasn’t 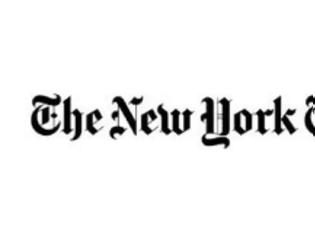 FORTY-FIVE years ago, on April 21, 1967, a right-wing group of colonels seized power in Greece. Tanks rolled into the center of Athens; politicians, artists and journalists were arrested; and the ensuing military dictatorship lasted for seven years.

Decades after the restoration of democracy, we are again hearing echoes of the junta and its aftermath. Nationalistic slogans are uttered by right and left. The rising phoenix — the colonels’ emblem — has been featured on some candidate posters for the far-right-wing party Golden Dawn, and its leader, Nikos Michaloliakos, has glorified the period. It would be easy to dismiss him as a fringe voice were it not for the fact that his party gained parliamentary representation in last weekend’s elections for the first time. It gathered votes from the traditional supporters of the junta and the political right, but it was also the second most popular party among young voters.

It’s clear that Greeks — derided throughout the Continent as lazy and corrupt, hobbled by the bailout deal’s austerity measures and humiliated by the troika (the European Central Bank, European Commission and International Monetary Fund) — have put their trust outside the mainstream.

Evangelos Venizelos, the head of the Socialist party Pasok, which until last weekend was one of Greece’s dominant parties, said that this election would be the most important since democracy was restored under Prime Minister Kostas Karamanlis in 1974. In the immediate post-junta period, the phrase was “Either Karamanlis or the tanks.” The left later criticized the prime minister for his alignment with the West, demanding that he choose between “the people and the imperialist superpowers.” It’s just the kind of logical fallacy politicians have always employed to simplify an issue in times of fear. Recall George W. Bush after 9/11: “Either you are with us, or you are with the terrorists.”

But an election usually asks: who, or what, are you for? Not this one. If voters were given any choice, it was this: either accept the austerity measures or be forced to leave the euro zone. A double bind, this either-or option is unable to give expression to the complexity of both yes to Europe and no to austerity. Just before the vote, the German finance minister issued a warning: If Greek voters did not elect a government that would abide by the terms of the deal, “then Greece will have to bear the consequences.” But the consequences are unclear. Vote correctly, or else. Or else what?

I have always understood why Germany might not want to pay for Greece’s mismanagement, corruption and years of living on borrowed money. But some things are irreversible, and no amount of penance will change them. To continue to insist on punishment will only leave Greeks devastated, unable to articulate anything but rage.

“Are you for or against?” asked the Greek poet Manolis Anagnostakis in his cold-war-era poem “The Decision.” “Either way, answer with a yes or a no.” The question asked and the recommended responses are surreal and irreconcilable.

The parliamentary election we just witnessed was a rejection of the terms. Greeks felt punished by the choices they were given, which were not really choices at all. Alexis Tsipras, head of the Coalition of the Radical Left (called Syriza), which won the second highest number of votes, claims it “was not an angry vote; it was a mature and conscious decision.” Yet more than 4 in 10 Greeks said their vote was one of punishment, not confidence. The vote wasn’t necessarily about political party or ideology but the means to express what should have been settled by a referendum.

Last fall, in a surprising twist that was either political brilliance or political suicide, George A. Papandreou, then the prime minister, proposed just such a referendum, in which Greeks could vote on whether to accept the terms of the debt deal and austerity measures. It never happened. Some said by then it was too little, too late. But had the Greeks been given a voice then, perhaps they would not have felt that they had to take this choice to the election.

At the time of this writing, there is no coalition government. If this stalemate continues, there will most likely be a new election next month. The Greeks have voted against the absence of solutions and against solutions themselves. They have rejected the options.

Long ago, Mr. Karamanlis, who founded New Democracy, the party that gained the most votes last weekend, was famous for saying that Greece belonged to the West. Andreas Papandreou, who founded Pasok, retorted that Greece, actually, belonged to Greeks. And Greeks will recognize the common question asked when trying to establish someone’s origin: Tinos eisai? To whom do you belong? Now Europe is asking that question of Greece, and Greeks are asking it of themselves.

Either way, as the poet wrote, answer with a yes or a no.

Natalie Bakopoulos is the author of the novel “The Green Shore.”
liberals10
ΜΟΙΡΑΣΤΕΙΤΕ
Tweet
ΔΕΙΤΕ ΑΚΟΜΑ