Follow the Money: Turkish Cash Flows from Europe, Not the Gulf 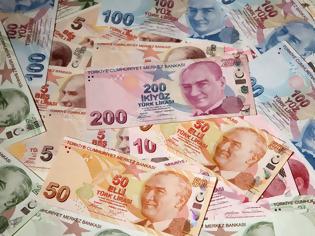 In the first seven months of 2012, of the $7.1 billion sent from [Turkish] residents abroad, $5.924 billion was from European countries and only $103 million from Gulf countries. So why do our rulers still dream of foreign currency from the Gulf flooding in to Turkey?

Turkey’s rulers are trying to stimulate trade with wealthy Gulf nations. Gungor Uras argues that such a strategy from Ankara doesn’t make sense, since the vast majority of currency inflow to Turkey comes from European nations.

Money Comes from Europe not the Gulf

Last year, in the first seven months of 2011 we had received $62 million from the Gulf.

Of course, we can’t get angry with the Gulf or other countries for not sending more. But we should acknowledge the reality. Our erstwhile rulers have been telling us for years that we will be flooded with money from the Gulf.

Nobody coming to set up factories

Some of the terminology used, such as “direct investments or direct foreign capital investments,” can be misleading as they don’t offer any clues as to their intentions.

Foreign capital from abroad comes (1) for new investment to set up a factory. These are high volume transfers of the type we prefer. Or it comes (2) to buy an entity in Turkey such as banks, insurance companies, industrial firms, real estate. (3) Or it could be to open an office in Turkey and pay their expenses or (4) it comes to expand an office, plant or company already established in Turkey or to increase their capital.

It's impossible to understand how much foreign currency comes for what purpose by looking at the figures issued by the Central Bank. But, judging from their fragmented nature and rather low levels, we can see that these funds are not coming for new investments. We are not denigrating this flow but we should know at least what is it about.

Last year, in the first seven months of the year, the services sector received $6.5 billion. This year, in the same period, this was $3 billion. A sharp reduction came in the financial sector (banks, insurance) which was $6.5 billion for first seven months of 2011 and $772 million this year. This year, interesting inputs were $204 million for real estate and $280 million in the health sector.

The Central Bank lists one by one all sources of foreign currency. As a region, most money [sent to Turkey] came from Europe. Last year, in the first seven months, $9.3 billion came from European countries. This year in the same period it was $5.9 billion.

In the second place in terms of remittances this year is Azerbaijan and Georgia with a combined $538 million. Last year, a total of only $12 million came from these two countries. This year, Azerbaijan sent $226 million and Georgia sent $312 million.

We received $269 million from North America, compared to $377 million in the first seven months of 2011.

In the first seven months of this year we received $340 million from Asian countries, with Malaysia leading with $240 million. South Korea sent $42 million and $8 million came from Japan. This data is crucial to assessing Turkey’s foreign economic relations.

We have to know which countries are important

Our erstwhile rulers seem to have forgotten our ties with the European Union. But figures speak for themselves. Our economy is heavily linked to European countries.  We are not only selling things to them and earning foreign currency from our exports but they also provide direct foreign currency flows.

No matter the red carpet we roll out for them, the glorious monarchs and princes of our Muslim brethren [in the Gulf] are not funneling funds to Turkey.

As I said before, they are not obliged to send us money but for some reason our leaders cannot free themselves from their delusions of rivers of money flowing from the Gulf. This is what is wrong.