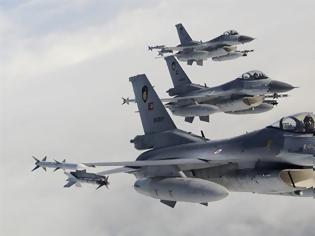 BAGHDAD, — Iraq warned Turkey against violating its airspace and territory and said on Tuesday it planned to protest to the U.N. Security Council after its radars had repeatedly detected Turkish warplanes, in a deepening a rift with its neighbour. Over the past four weeks, Turkish warplanes and attack helicopters have carried out repeated strikes on suspected Kurdish PKK militant targets in Kurdistan region in Iraq's north, according to Turkish military command, after clashes on the Iraqi side of the border. The Turkish military says it is targeting hideouts of Kurdistan Workers Party (PKK) militants after some of the most intense battles this year of the separatist conflict. "The Iraqi government condemns these violations to Iraq's airspace and sovereignty and warns Turkey against any violations of Iraq's airspace and territory," government spokesman Ali al-Dabbagh said in statement after a cabinet meeting. Dabbagh said the cabinet asked the Foreign Ministry to protest to the Security Council over the violations. "Iraq will retain its right in taking all the measures to prevent these oversteps against its sovereignty," Dabbagh said. The Turkish Foreign Ministry was not immediately available for comment.http://www.ekurd.net/