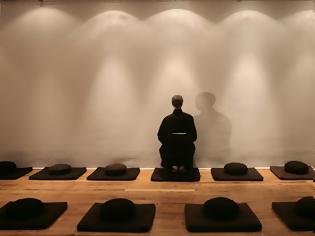 Greece and France go back a long, long way. The Greek revolution, that procured our small, and constantly problematic, nation-state, was a spinoff (to all intents and purposes) of the French revolution and the culmination of a Greek Enlightenment that owed everything to the French Enlightenment (and almost nothing to either its German or Scottish variants).

More recently, when I was a teenager in Greece, the restoration of our democracy coincided with the landing at Athens’ Ellinikon airport of the French Presidential jet that was carried back from exile Mr K. Karamanlis, a conservative politician who had spent the dictatorship years in Paris, befriending the French President and converting into a kind of Gaullist politician. It was this closely-nit duo of politicians, Vallery Giscard d’ Estaing, the French centre-right President, and Karamanlis, that persuaded both the Europeans and the Greeks that it was a good idea for Greece to enter the, then, European Economic Community.

A few years later, at the beginning of the 1980s, both men were defeated by their socialist opposition leaders: Francois Mitterrand and Andreas Papandreou. I still remember the photo of the two men, standing on an Athenian balcony, promising an enthusiastic Greek crowd that a socialist EEC was within reach. Reality of course turned out viciously cynical toward both of them, yet they two men played (separately but occasionally also in unison) crucial roles in forging the European Union that we are familiar with today. Mitterrand, arguably, was central in convincing the Germans to go with the euro. And Papandreou, by wielding an audacious veto in 1983 (threatening to cancel Spain’s and Portugal’s accession to the EEC), managed to convince Northern European leaders that some form of structural funding (or surplus recycling) was necessary in order to invest in badly needed infrastructure within the backward, deficit regions of Europe.

Since the withdrawal of these two men from the European political scene, Greece acquired prime ministers who veered toward Germany and Brussels, or paid more attention to their links with Washington, or took the view that Greece need not “mix it” with the big players (focusing instead on playing the Brussels’ corridors-of-power games). Similarly, the two Gaullist French Presidents that succeeded Francois Mitterrand had no interest in Greece; they assumed, instead, that their relationship with Berlin was the be all and end all, and that small countries like Greece were there to make the numbers add up and make them look more imperious in EE heads of states family photographs.

Now, in the midst of a Crisis that is threatening to dismantle the French dream of a Europe united under French political and institutional guidance (and German monetary control), the French-Greek relationship may be reinvigorated. Or, more precisely, it presents itself as a lever by which the French can re-assert themselves in a manner that prevents Mrs Merkel’s very private and tragiv cul-de-sac from destroying the European Project (which is also the raison d’ etre of both the French and the German elites).

President Hollande has gone on the record to state that the current path, carved out by Mrs Merkel and his predecessor, is unsustainable. His greatest weakness is that such strong words, however correct analytically they might be, are instantly translated in Frankfurt and in Berlin as follows: “Germany must bankroll France’s new stimulus package; and, since this would be impossible while Greece, Portugal and the Club Med are screwed into the ground, Germany must bankroll everyone’s deficits”. We only need to state this to realise that such an implicit statement is rejected by every living and breathing German outright, thus leading Europe to a standstill or Mr Hollande to an ignominious backing down.

Enter Greece. Greece offers Mr Hollande a precious case in point. He can use it as an example of what happens when the EE insists that a bankruptcy is not a bankruptcy, and piles up huge loans and unbearable austerity on a national economy that can, simply, not bear it without collapsing into a heap. He can then argue, convincingly, that ‘staying the course’ is simply infeasible – quite independently of the political will of the local elites (recall how determined the Greek elites where to do so, until they were booted out last Sunday by a despairing electorate). Mr Hollande can conclude, from the Greek case, that Europe must find a new strategy that gives the deficit countries a sporting chance without asking of the Germans to bankroll any of the bad debts or the burgeoning deficits. For ideas of how this can be done, see here, here and here.

Truth be told, even if Mr Hollande says all this, it is highly unlikely that the German mindset will be persuaded to undergo the gestalt shift it needs overnight. This is where a period of Greek un-governability is helpful to the French President. At first, German leaders will huff and puff and issue (as they have been doing) their ultimata against Greece’s political leaders (threatening with expulsion from the Eurozone, from the EE, from planet Earth). Then they will undergo, as they have done during the past two years, a reality check, realising (again) that a Greek exit will destroy the Eurozone once and for all (and with it the EE). At that point, they may be more amenable to see reason; to consent, however grudgingly, to a French Plan that exchanges greater fiscal discipline of the member-states for (a) a centralised system of managing public debt (via the ECB), (b) a pan-European surplus recycling mechanism, or Investment-led Recovery Program, and (c) an end of the pretence that national governments can recapitalise and supervise the banks.

In effect, a new form of French-Greek alliance may be in order. Of course, Mr Hollande will never want to be seen to enter into discussions (let alone a formal alliance) with the discredited Greeks. Nonetheless, an implicit, a silent, alliance with a chaotic Greece is his best chance of avoiding the fate that every ‘serious’ commentator is mapping out for him: an ignominious backing down.
youpayyourcrisis
ΜΟΙΡΑΣΤΕΙΤΕ
Tweet
ΔΕΙΤΕ ΑΚΟΜΑ