Spain to Get Room on Deficit Rules 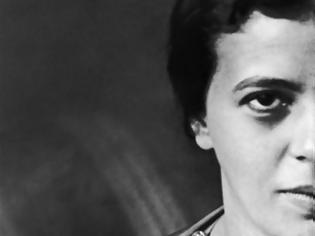 BRUSSELS—Euro-zone governments are expected to give Spain more leeway to meet its budget-deficit target next year, according to officials involved in the discussions, in a sign they intend to shift away from rigid enforcement of the currency bloc's budget rules.

Austerity will still be the guiding principle of European fiscal policies. But the likely Spanish move suggests the rules will be adjusted in some cases to account for the fact that when economies go into recession, their budget deficits usually grow.

Officials said the flexibility is unlikely to stop with Spain's politically sensitive deficit target. Among other countries that may take advantage of the rules in the future is France, which would have to pass large cuts to achieve its current deficit target for next year—a task likely to clash with the pledges of Socialist President-elect François Hollande to spur economic growth.

Spain's budget challenge highlights the dilemma facing the euro zone as it seeks to enforce its budget rules. Governments increasingly acknowledge that it is difficult to hit deficit targets while much of the bloc is afflicted with slow growth or recession. Greece's example has shown that sharp budget cuts can hurt growth, boosting the budget deficit and making debt repayments harder.

Yet officials fear that allowing budget targets to be fudged, as in the past, could cause investors to lose confidence in the debt even of stronger euro-zone economies.

Olli Rehn, the European Union's economics commissioner, hinted at the more flexible approach in a weekend speech, when he said the EU's budget framework "is not stupid" and allows "considerable scope for judgment."

The shift is unlikely to have much impact on Greece, though it could provide Greek politicians with an argument for making the country's budget targets less rigid. Athens is regarded by other euro-zone governments as a special case—deep into a second bailout, having already restructured its debts, and seen as unlikely to hit its new budget targets as its economy sinks. That sets it apart even from Ireland and Portugal, which have also accepted bailouts, and a long way from Spain and other countries, which are still raising money in financial markets.

Most officials acknowledge that Spain, in the midst of a recession with an unemployment rate of 24%, won't be able to cut its deficit next year to the current target of 3% of gross domestic product without driving its economy further into a downwardspiral.

They are likely to give implicit approval, possibly at a finance ministers' meeting next week, for Spain to be judged by how it reduces its "structural deficit," which aims to estimate the deficit if the Spanish economy were operating at full capacity, officials said. The proposal would allow Spain to meet a structural deficit of about 3% of GDP next year, officials said. Estimates of the country's current structural deficit differ—the International Monetary Fund last month estimated it at around 3.4%, while the European Commission, the EU's executive arm, makes a higher estimate— but the agreement would mean less-severe budget cuts would be required this year and next.

If Spain meets its structural deficit target of 3% next year, it could be on target to hit the 3% target for its actual deficit in 2014, provided there is a moderate economic recovery in those two years, officials said.

The 17-nation euro zone is a collection of countries with vastly different economic profiles. See how they stack up on the major measures.

The Spanish government, however, insists it is still aiming to meet its previously agreed targets: a 5.3% deficit this year and 3% next.

Spain will probably be the first country to win leeway on the targets, but it may not be the last. "Spain is the country where the difference between hope and reality is sharpest," said a euro-zone official involved in the debate. "But at the end of the day, mMy guess is Spain will not be the last one." France could be next, the official said. Mr. Hollande has promised to create 150,000 new government jobs while also meeting the 3% target next year, a tall order given that France's deficit was 5.3% at the end of 2011. The IMF projects the French economy will grow just 0.5% this year and 1% next.

A crucial moment will come this summer, when the government's finances are reviewed by a special French audit court.

The review could uncover previously hidden debt or undermine Mr. Hollande's economic growth assumptions, forcing the incoming president to temper his pro-growth agenda or push Brussels to give his government leeway on next year's 3% target.

"Mr. Hollande's program does not clearly specify how increased spending will be financed," said Marie Diron, director of forecasting at consulting firm Oxford Economics. "Moreover, the growth assumptions underpinning the fiscal plans are on the optimistic side."

There is a real question whether France can afford to relax its deficit targets, Ms. Diron added. "If markets grow increasingly concerned about French public finances, we could see a sharp rise in bond yields that would force a larger fiscal adjustment," she said.

The Netherlands too might need leeway. The caretaker government this month managed to secure agreement from political parties on a package of cuts even before elections scheduled for September. The package might be enough to meet the target, but it also is likely to deepen the Dutch recession.

A key metric to watch is Dutch unemployment, still among the lowest in the euro zone, said a euro-zone official. If it rises more than expected, the Dutch economy could deteriorate, forcing the government to undertake more austerity, the official said.

—Jonathan House in Madrid contributed to this article.

In Spain You Can’t Use Your Own Back Yard. Police Make Sure of It.