The Mad Scientist Who Pioneered the CIA’s Mind Control Experiments 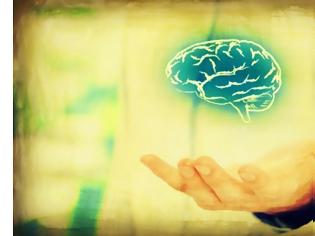 The crazy people are the ones who DON’T believe any conspiracy theories… If you believed in the existence of MK-ULTRA CIA mind-control experiments in the 1960s, people would probably assume you took a little too much acid.

And that may very well have been the case if you were one of the unwitting subjects of the mad scientist, Sidney Gottlieb.

Gottlieb developed his practices straight from Nazi doctors responsible for some of the most horrific human experiments on concentration camp victims during World War II. At one point the Nazi scientists were flown to the USA to lecture CIA agents on the effects of the deadly poison gas sarin.

Gottlieb emulated these Nazi-tactics in black sites all over the world.

[Gottlieb] operated almost completely without supervision. He had sort of a checkoff from his titular boss and from his real boss, Richard Helms, and from the CIA director, Allen Dulles. But none of them really wanted to know what he was doing. This guy had a license to kill. He was allowed to requisition human subjects across the United States and around the world and subject them to any kind of abuse that he wanted, even up to the level of it being fatal — yet nobody looked over his shoulder. He never had to file serious reports to anybody. I think the mentality must have been [that] this project is so important — mind control, if it can be mastered, is the key to global world power.

Some of his experiments involved voluntary participants. For instance, Whitey Bulger volunteered during his first stint in prison. He was told the experiments were meant to research cures for schizophrenia.

In reality, he was administered LSD every day for over a year in an attempt to destroy the human mind. That was step one, before the mind could be replaced with a new mind, one which the CIA would control.

Other victims included men lured in by prostitutes, and “expendable” foreign prisoners not afforded the right to due process.

During the process people went crazy, lives were ruined, and people died.

Stephen Kinzer is out today with a new book called Poisoner in Chief which dives deep in the man behind the now-infamous mind control experiments of the 1950s and 60s, MK-ULTRA.

Stephen Kinzer’s Poisoner in Chief reads like a spy thriller―but his revelations about the macabre career of the CIA’s Sidney Gottlieb are deeply disturbing. Kinzer’s work underscores once again the narrative power of biography to unearth our collective history.” ―Kai Bird, Pulitzer Prize-winning coauthor of American Prometheus, author of The Good Spy.

It’s revelations like these that make it insane to trust the government.

This is just one tiny example of the cold hard proof of how psychotic and evil our government can be.

So why on earth are there still millions and millions of people who argue every day for the government to have more power over us?

It’s the ultimate reversal, that innocent citizens have to justify every action to the government, while the government, actually guilty of countless misdeeds, does whatever it wants with impunity.

It really takes a special type of stupid to ignore all the violations in the past, from the Tuskegee syphilis experiments to the lies that get the US into war after war.

This article was sourced from The Daily Bell.

Hands-on Experiments in Electricity for Physics Teachers and Students