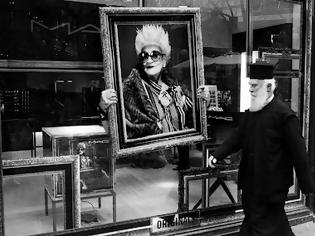 In the build-up to World War II, the French military created the Maginot Line. This barrier, which utilised state of the art military defenses, was intended to defend France from a ferocious assault by Hitler's armies. When the attack ultimately came, the Germans made quick work of the Maginot Line by going around it through Belgium.

The European Central Bank's (ECB) obsession with a 2% inflation target can be seen as similar to the construction of the Maginot Line. The ECB sees achieving this inflation target as the sum total of the central bank's responsibilities for maintaining stable growth in Europe, just as the French generals viewed the construction of the Maginot line as defending France from a German invasion.

The main difference is that after that German conquest, the French generals recognised their mistake. By contrast, even after their 2.0% inflation obsession led to economic disaster, the people running the ECB are still in charge and still pursuing the same policy.

At this point it is difficult to imagine what set of events in the world could persuade the ECB to pursue a different course. As the crisis demonstrates, an improperly regulated financial and economic system can produce massive asset bubbles. The collapse of these bubbles can lead to prolonged periods of high unemployment and below potential output of the sort that the euro zone, the United States and the United Kingdom are now experiencing.

This means that responsible central banks that are concerned with stable growth cannot just focus on a 2.0% inflation target. The must be prepared to take the steps necessary to counter the growth of asset bubbles before they get large enough to endanger the economy. This was evident to many before the crisis; it should be evident to everyone now.

Central banks also have the responsibility to shore up the economy and help to move it back toward full employment. This policy can include the sort of quantitative easing designed to lower long-term interest rates that has been pursued by the Federal Reserve Board and the Bank of England and less aggressively by the ECB.

There are two reasons for targeting a higher rate of inflation. First, it will reduce real interest rates. If businesses expect that prices will be 15% to 18% higher three years from now it will give them more incentive to invest today, since they will be able to sell what they produce at these higher prices. Higher inflation will also reduce debt burdens. If prices and wages rise on average by 15% over the next three years, many underwater mortgages will be back above water as the house price can also be expected to rise by 15%. Similarly, if wages rise by 15% then a fixed monthly mortgage payment will pose a much smaller burden.

These are reasons that the ECB and other central banks should be pushing for a higher rate of inflation. But instead of looking in this direction, the ECB is doubling down on its 2.0% inflation commitment. The fact that unemployment is high and rising across the euro zone seems to have no impact whatsoever on this policy.

In fact, the ECB is actually making things worse with the austerity policies that it is imposing on the heavily indebted countries across the euro zone. Reductions in government spending and tax increases in the middle of a recession have the predictable effect of slowing growth further. The ECB's persistent refusal to act as a lender of last resort also exacerbates the crisis by raising interest rates, and therefore debt burdens, for highly indebted countries.

It has been roughly two years since the ECB has adopted the austerity route. The results have been almost uniformly negative. Unemployment rates have consistently come in higher and growth lower than had been projected. Needless to say, this also has meant that country after country has missed the deficit targets that were supposedly the main point of the austerity plans.

If we had serious economists setting policy at the ECB, this pattern would be a basis for reconsidering the policy. However instead of a rethink, we get a doubling down with the ECB's leadership continually reasserting their commitment to stay the course (it even produced a short propaganda piece about the "inflation monster" for the doubters). It seems that there is no set of events in the world that can lead the generals at the ECB to question the wisdom of the Maginot Line. youpayyourcrisis
ΜΟΙΡΑΣΤΕΙΤΕ
Tweet
ΔΕΙΤΕ ΑΚΟΜΑ