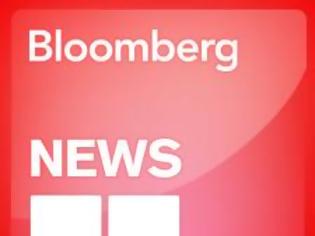 Greece is a “failed state” and the population and business community don’t see a path out of the crisis, said Juergen Fitschen, who takes over as Deutsche Bank AG (DBK)’s co-chief executive officer next week.

“Greece is the only country, I feel, where we can say ‘it’s a failed state,’ it is a corrupt state, corrupt as far as its political leadership is concerned and obviously other people had to be willing to support this,” Fitschen said in a speech at a conference in Berlin today.

Fitschen travelled to Athens yesterday to meet executives from the banking, shipping and industrial sectors.

“I asked my counterparts, ‘where are the people that you would trust to lead the country into a new era where you have open confidence that it can be a valued member of the euro zone?’” Fitschen said. “Unfortunately, the number of names was very limited, you wouldn’t find even a handful of names that are trusted political leadership candidates today.”

The prospect of Greece leaving the 17-nation euro region increased after parties opposed to the terms of the country’s second bailout by the European Union and the International Monetary Fund won most of the votes in May 6 elections. A fresh round of voting will be held June 17 after politicians failed to form a government. For the first time since the crisis began in November 2009, European leaders and central bankers are speaking openly of Greece abandoning the currency union.

Fitschen’s comments contrast with a statement the bank’s CEO, Josef Ackermann, made in June 2010. Ackermann said at the time that he was confident Greece could repay its debt because the nation was committed to reform. Greece has since restructured its debt, asking private investors to take losses on their bonds.

Deutsche Bank reduced its net risks related to Greek sovereign bonds to 94 million euros ($118 million) at the end of March from 1.6 billion euros at the end of 2010 by taking part in Greece’s debt swap and allowing notes to mature, according to company presentations on the Frankfurt-based bank’s website.

The foregone conclusion that Greece will leave the euro area made by some leaders and market participants is “dangerous,” said Fitschen, who takes over as Deutsche Bank co-CEO with investment bank chief Anshu Jain at the end of the month. “We should not talk so much about the exit, but we should talk more about how we can make sure that this event comes to an end and we focus all our attention, all our interest on how to maintain Greece as a member of the euro zone because, I believe, that would change the whole debate very fundamentally,” he said.

Each country is different and there is no “one size fits all” approach to the sovereign-debt crisis, Fitschen said at the conference hosted by the American Chamber of Commerce in Berlin.

“People are just not seeing the light at the end of the tunnel,” said Fitschen. “They accept that they have to go through painful adjustment processes, but where’s the carrot that can guide them to accept it and cheerfully wait for better times to come? The moment that the public would feel that the momentum has returned, it becomes much easier.”

German Chancellor Angela Merkel and French President Francois Hollande said May 15 that they would consider measures to spur economic growth in Greece as long as voters there committed to the austerity demanded to stay in the euro.

Europe should consider how to provide Greeks with that perspective, “while not giving up on the austerity program, which is the German position, to ask for a necessary discipline,” Fitschen said.

Representatives of governments and the European Parliament agreed on a pilot phase this week for bonds that would back private infrastructure construction. Such financing “can be part of the answer, but it is not without danger” and these programs have to be commercially-viable “in the long run,” said Fitschen.

To contact the reporter responsible for this story: Nicholas Comfort [email protected]